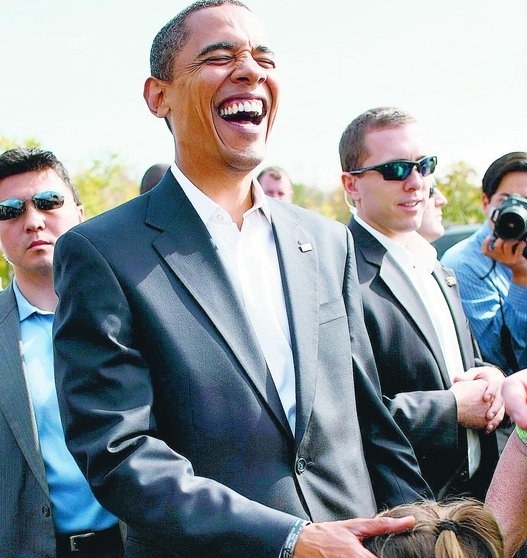 One day a fourth-grade teacher asked the children what their fathers did for a living. All the typical answers came up — fireman, mechanic, businessman, salesman, doctor, lawyer, and so forth.

However, little Justin was being uncharacteristically quiet, so when the teacher prodded him about his father, he finally replied, ‘Okay…my father’s an exotic dancer in a gay cabaret and takes off all his clothes in front of other men and they put money in his underwear. Sometimes, if the offer is really good, he will go home with some guy and stay with him all night for money.’

The teacher, obviously shaken by this statement, hurriedly set the other children to work on some exercises and then took little Justin aside to ask him, ‘Is that really true about your father?’

‘No’, the boy said, ‘He actually works for the Democratic National Committee and helped get Barack Obama elected President last year, but I was too embarrassed to say that in front of the class.

Laugh At This:  When Obama died
Posted in Barack Obama and tagged Obama.