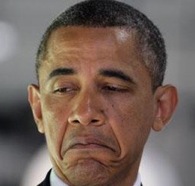 From a total of 44 US Presidents: Obama is rated as the fifth best.

These are the details according to Texas A&M: