(SATIRE)  According to a report from the Centers for Disease Control released on Thursday, people with inside, compromising knowledge of Bill and Hillary Clinton’s financial and political dealings are 843% more likely to commit suicide. 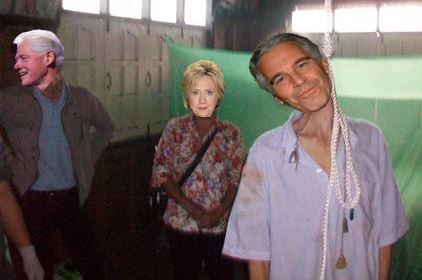 “We’ve never seen a single risk factor cause a spike of this magnitude,” a CDC spokesperson told reporters. “Interestingly, in spite of their increased suicide risk, people with dirt on the Clintons rarely show any warning signs of suicide, and they never leave a suicide note.”

Remarking about how abnormal it is, the spokesman again stressed the significance of the data.

“Therefore, we advise any American with detrimental information about Bill Clinton, Hillary Clinton, or the Clinton Foundation to forget about it as quickly as possible to avoid a greatly increased probability of taking your own life,” he cautioned.

Posted in Democrats and tagged Clinton.

Bemoaning the tremendous loss of time and resources, frustrated executives at the Subway restaurant chain have scrapped a $150 million...