We are now entering the third day of Alyssa Milano’s sex strike, bringing to hundreds of millions the number of men not having sex with Alyssa Milano. Milano announced she would stop having sex with all the men as a protest against a new law in Georgia that prohibits abortion after the sixth week of pregnancy. 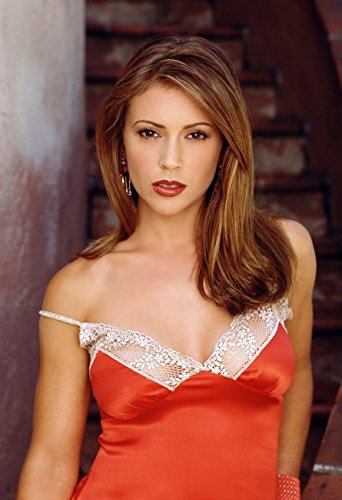 In a tweet to her dozens of fans and lovers who, for all I know, are the same people, Milano said, “If I can’t kill a six-week old baby, then I’m going on sex strike so I won’t conceive a child which will solve the whole problem which I wish I’d thought of in the first place.”

The announcement of Milano’s sex strike sent a panic through America’s male population who had to start scrambling to find ways to satisfy their sexual desire other than Alyssa Milano.

One man from Kansas City who said he wished to remain anonymous, told The Daily Wire, “At first, I tried pleasuring myself while watching old reruns of Who’s the Boss, but I rapidly discovered that watching Who’s the Boss and pleasure just could not occur simultaneously. Same with Melrose Place and all the other shows Alyssa Milano has been in. Finally it occurred to me that Alyssa Milano’s sex strike didn’t actually affect me since she’s some Hollywood actress I’ve never met and I wasn’t having sex with her anyway, so I just went home to my wife, who’s always been very nice to me and makes an absolutely spectacular meat loaf and is pretty good at sex too.”

Many feminists, however, flocked to join Milano’s sex strike, though a feminist sex strike is sort of like a Hollywood writer’s strike since most of the people going on strike haven’t been working all that much anyway.

Milano says she will continue to withhold sex until Georgia learns that it must obey the wishes of people in Hollywood or it will become a state unto itself, and no one wants that.