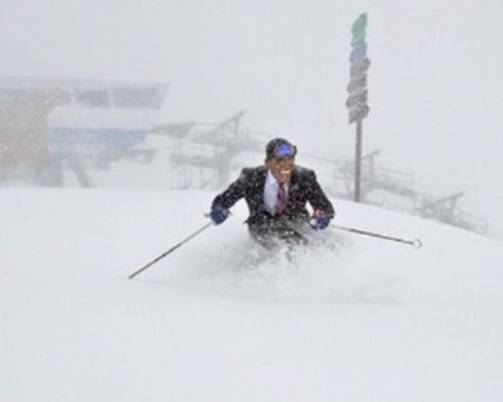 U.S. Olympic officials said Obama deserved the spot on the team because no one has ever taken a country downhill faster than he has.