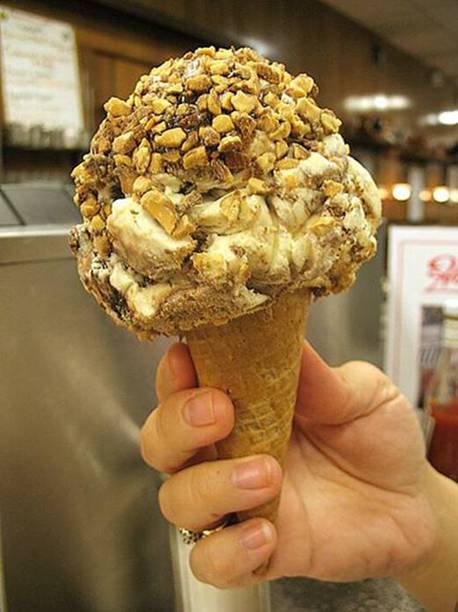 In honor of the 44th President of the United States, Baskin-Robbins Ice Cream has introduced a new flavor: Barocky Road.

Barocky Road is a blend of half vanilla, half chocolate, and surrounded by nuts and flakes. The vanilla portion of the mix is not openly advertised and usually denied as an ingredient. The nuts and flakes are all very bitter and hard to swallow.

The cost is $92.84 per scoop…so out of a hundred dollar bill you are at least promised some CHANGE..!

When purchased it will be presented to you in a large beautiful cone, but after you pay for it, the ice cream is taken away and given to the person in line behind you at no charge.

You are left with an almost empty wallet, staring at an empty cone and wondering what just happened. Then you realize this is what “redistribution of wealth” is all about.

Can you imagine? They've already built the Obama Presidential Library.. . . . . .