Iran still closed off; physicists estimate it will take at least 10 more years before radioactivity decreases to safe levels.

France pleads for global help after being taken over by Jamaica . No other country comes forward to help the beleaguered nation!

Castro finally dies at age 112; Cuban cigars can now be imported legally, but President Chelsea Clinton has banned all smoking.

George Z. Bush says he will run for President in 2060.

Postal Service raises price of first class stamp to $17.89 and reduces mail delivery to Wednesdays only.

Japanese scientists have created a camera with such a fast shutter speed they now can photograph a woman with her mouth shut.

Senate still blocking drilling in ANWR even though gas is selling for 4532 Pesos per liter and gas stations are only open on Tuesdays and Fridays.

A Couple Finally Had Sexual Harmony.
They Had simultaneous Headaches.

New federal law requires that all nail clippers, screwdrivers, fly swatters and rolled-up newspapers must be registered by January 2060.

Politician accused of listening to constituents denies the charge

Sudan now outranks US in math and science 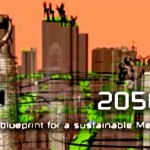 Laugh At This:  ‘Women Only’ parking lot
Posted in Freedom.

Obamacare and the Constitution